Enjoy 10% Discount on your first purchase

Due to the current COVID-19 situation there may be a delay in delivery time. Office chairs have variety of mechanisms and adjustments that are often not used because their function and existence are unknown. They are very useful mechanisms to have a correct posture and prevent any skeletal muscle pain that can arise while sitting 8 hours a day.

Below we have prepared a small guide to the various mechanisms that can be found in a session:

The tilting mechanism is a regulation that allows you to move a seat and backrest at the same time, so the angle between seat and backrest does not change during the movement. The tilting mechanism, in fact, is used in armchairs where seat and backrest are joined together through a single shell (monoshell) or through connectors, usually plastic.
This mechanism, limiting in fact the seat/seat movement, is rarely used in areas where you have to sit 8 hours a day, and is recommended for home use or where you can alternate sitting and standing.
In the oscillating mechanism there are three types of levers: seat height adjustment, lock/unlock mechanism and a knob that adjusts the tension of the mechanism according to the weight of the operator. 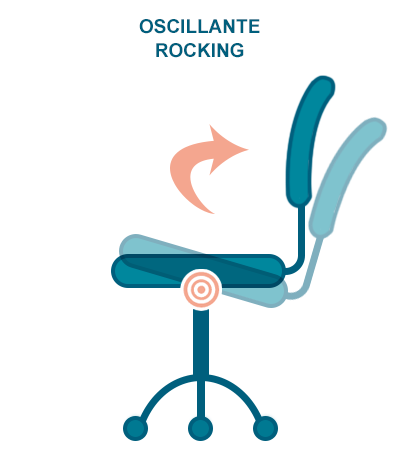 The synchro mechanism allows the seat and backrest angle to be adjusted synchronously, according to a ratio of 1:2.5, i.e. each degree of greater (or lesser) seat tilting corresponds to 2/2.5 degrees of greater (or lesser) backrest tilting.
In this way, the seat is more ergonomic because the body has a more natural position and in fact this mechanism is used for frequent and professional use, such as office work of 8 hours.
In the synchro mechanism there are generally the following adjustment levers: seat height adjustment, lock/unlock mechanism and a knob/tensioner that adjusts the tension of the mechanism according to the weight of the operator. 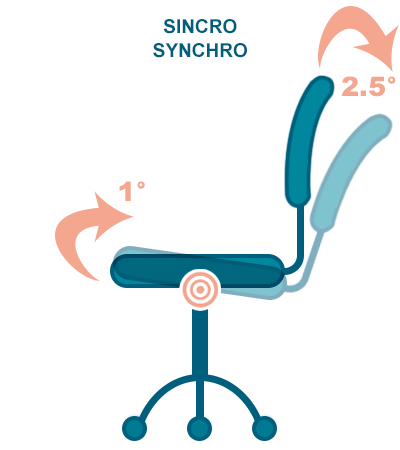 The asynchronous mechanism allows independent adjustment of the backrest and seat inclinations. The asynchro allows to find the optimal static position of the office seating, which varies from person to person, even if it has no oscillation, i.e. it does not allow to reach a dynamic position, such as the synchro mechanism.
In the asynchro mechanism you can find the following adjustments: seat height adjustment, seat and backrest inclination.
The office armchairs with this mechanism are suitable for frequent and professional use as the asynchronous mechanism allows ergonomic ad personal position, even if static. 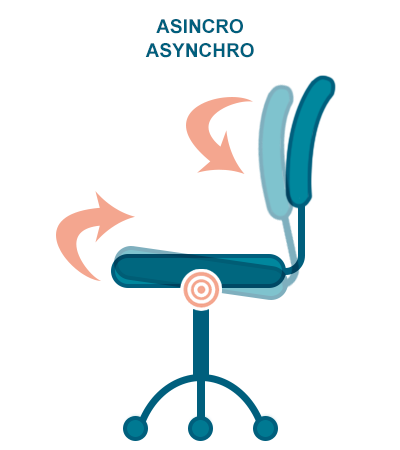 Through the seat depth adjustment system it is possible to adjust the position of the seat in order to change the depth of the office seating.
The advantage of having a seat with the seat depth system is that it can adapt to the person in a much more ergonomic way, in fact, this component is indicated in the characteristics of the office chair type A according to UNI EN 1335. 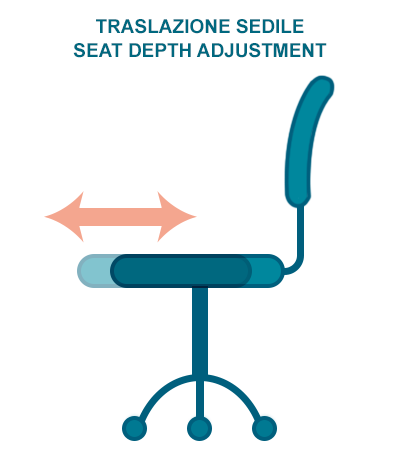 The forward tilting mechanims allows the office chair seat to be tilted up to 5° forwards, despite the synchro mechanisms which allow a tilt only backwards (up to about 10°). In this way, the sitting position takes on an angle slightly greater than 90°, causing less squashing of the lumbar vertebrae.
In addition, there is better blood circulation and consequently less weight on the legs. 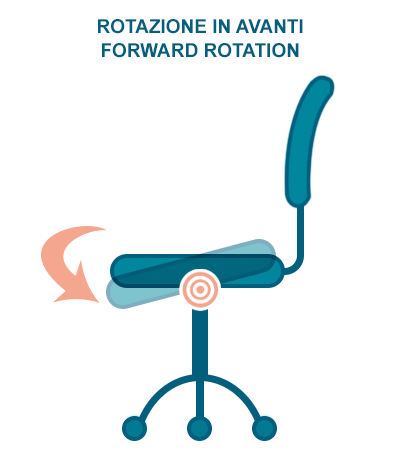 More from: ergonomic mechanisms office chair
Back to News

Get Free Delivery off your first purchase.

Sign up today and we'll send you a Free Delivery discount code towards your first purchase. Some restrictions apply.